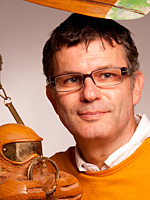 He was born on 28. 2. 1957 in Žilina. His father, Anton Čutek was significant sculptor-member of Galanda´s group. The family later moved to Bratislava where Juraj graduated from the Secondary Industrial art school, led by prof. Korkoš. He was admitted to the University of Industrial art in Prague where he studied under prof. Malejovský. After graduation he has worked in Bratislava as a freelance artist. He is devoted to an atypical home decor, wooden intimate and monumental plastic art in his atelier. His significant works have been exhibited in addition to Slovak and Czech republic in Switzerland, Netherlands, Germany, France, Italy and Israel. He was a member of Gerulata group and is a founding member of Spectrum ART and many sculptural symposiums.
www.cutek.sk

He was born on 8. 3. 1955 in Galanta. Later he moved to Prievidza. In his youth he was attracted more by technology and studied the Secondary electronics school but after graduation he clearly decided for art. He was accepted to the Academy of Fine Arts into Atelier of monumental painting led by doc. Castiglione and Vychlopen in 1975. He graduated in 1981 and since then is engaged in painting, drawing, sculpture and graphics but also plastic art as an artist in freelance profession. He has been awarded many honors as an artist. He is involved in creative symposiums (Cagnes-sur-Mer, 1989) and exhibitions at home and abroad. His works have been presented in Poland, Germany, the Netherlands, Austria, France, Italy but also in the U.S. His monumental and intimate works are represented in many galleries and also private collections.
www.ivanpavle.sk 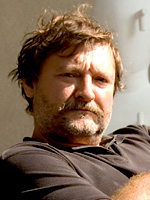 He was born on 2. 6. 1959 in Bratislava. His work was primarily shaped by Secondary Technical Art school in Bratislava which he attended in the years 1974-1978. He was accepted to the Academy of Fine Arts in Bratislava on the Sculpture department under prof. Pribiš and prof. Kulich in 1978. After graduating is mainly dedicated to intimate and monumental sculpture in wood and metal, drawing, painting, jewelry and unusual furnishings. From 1994 he has worked as a teacher at changed Academy of Fine Arts Bratislava. He participates in many symposiums, is active in the Sculpture department, as well as in various art associations. He has exhibited at home and in Germany, Poland, England, France and Switzerland. His private atelier is in Bratislava. 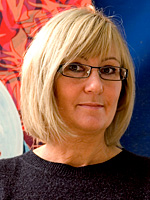 She was born on 10. 1. 1958 in Žilina. The family later moved to Bratislava where she attended Secondary Technical Art school of Textile department in 1973-1977. She was accepted to the Academy of Fine Arts in Bratislava to the Atelier for textile production led by prof. Lehotská and Antalová in 1977. After graduating, she has been devoted to a free and useful textile production. She creates textile objects, fashion design but also textile accessories and jewelry. She is often delegated as an expert, or jurywoman to various fashion competitions and textile symposiums in Slovak and Czech republic. She has worked as a teacher at the Academy of Fine Arts since 1994, where she leads fashion design studio. In addition to home, she exhibited in Poland, Belarus, Romania, Germany, USA and Israel. She completed an internship in the USA.
www.juliasabova.sk 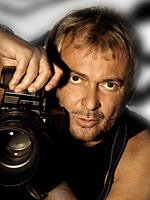 He was born on 20. 9. 1956 in Bratislava. He graduated Secondary Technical Art school in his hometown in 1976 at the department of photography led by prof. Tomík. Later he developed his talent at photography department of the Film Faculty of Performing Arts in Prague under prof. Šmok. As a FAMU graduate was in 80´s especially devoted to commercial photo, fashion but also to free artistic photography. He established PHOTO DESIGN STUDIO in Bratislava which at that time belonged among the top art workshops. He exhibited virtually from high school as a significant talent. After many awards received in Slovak and the Czech Republic, he exhibited in the Netherlands, Switzerland, Germany, Italy, France and USA. He shows his expressive, distinctive artwork in his own gallery. 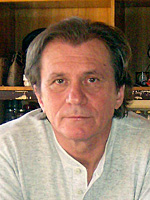 He was born on 22. 11. 1952 in Bratislava. He also attended Secondary Technical Art school there. In 1973 was admitted to the Technical Art College in Prague under prof. Eckert, the Ceramics department. He graduated the school in 1979. In 1981 he moved to Banská Štiavnica, where he still works today. He is dedicated to ceramics, sculpture, intimate but also monumental plastic art from ceramic, respectively terracotta material. His outdoor works, fountains and reliefs as well as small intimate works use the magic baked clay in combination with other materials. He participates in many symposiums and is often awarded prizes for his unusual creations. He exhibited in the Netherlands, England, Germany and France. 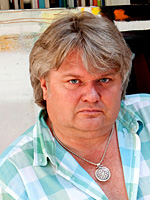 He was born on 8. 3. 1957 in Bratislava where he graduated Elementary art school and the Secondary Technical Art school. After graduating in Graphic art, was in 1977 admitted to the Academy of Fine Arts in Bratislava, Department of Interior Architecture and Exhibiting led by prof. Vilhan and prof. Kuzma. Studies required also artistic training and thus he had the opportunity to cooperate with the Department of drawing, painting and sculpture. After graduating, he briefly did an interior design and organization of exhibitions but in 1986 he returned to the original profession, first as a PHOTO DESIGN STUDIO member, later founded his own graphic studio NDS. Constant contact with colleagues, artists led him to solo painting under the pseudonym Viktor in 2004. He shows the paintings at home and abroad.